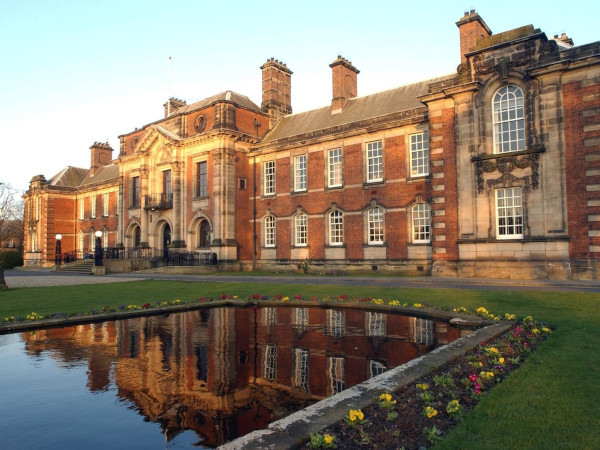 In moving to a North Yorkshire unitary Council, NYCC are proposing establishing up to 30 community networks across the county, with each community network based around a market town with surrounding villages. They are aimed to provide a way for residents to air their views on the problems affecting an area, and to campaign for change. This Is The Coast radio has recently published two pieces (here, and here – with these also appearing in the printed edition of the Yorkshire Post) with the views of county and parish councillors on this idea. The view of some councillors is apparently that the idea is “crackers” and “undermining democracy”. Somewhat tellingly we don’t see the opinions of any non-councillors in those articles, just like we hardly ever hear the actual voices of the public in so-called democracy, which simply highlights why giving people more of a voice is a good idea.

We established Whitby Community Network (WCN) earlier in 2022, due to the overwhelming issues in Whitby with the proliferation of holiday lets and second homes, the consequential lack of affordability of houses for local people, causing problems with retention of residents, and the subsequent lack of working people to fill the available jobs. At the time there was no council in our area taking the issue particularly seriously, at least in terms of proposing any action. The idea of WCN also came, in part, from the initial briefings of NYCC about having the voice of the public being heard via these community network groups.

The WCN group, as currently organised, is not democratic in that, thus far, there has been no election of people involved; the people acting as chair, secretary, proposed trustees, and who generate campaigns in this group are simply people who have offered their time and expertise, and the campaign itself comes from simple consensus. This is not down to some wish to avoid democracy, but just that the numbers of people willing to put time in has not required it (yet), though we are open to a level of democracy in having, say, a committee defining a direction of campaigning. The current Whitby Town Council (WTC) hasn’t had a contested election as such either though, since there were insufficient nominations for that in May 2022 (like has happened several times before), and has had to rely on some subsequent co-opted councillors to fill the available seats, though they do use voting in council meetings. Why aren’t people putting themselves forward for WTC? Finding people willing to do something for nothing, for their town, is always going to be a problem sadly, whether it is for a council, or a community group, but please let’s not hold some alleged lack of democracy as a reason why community networks are somehow inappropriate, yet town/parish councils are.

It is early days for WCN but we hold public meetings every month where any resident of Whitby and District can attend. Importantly, any resident can also voice their opinion on any topic, and participate in true debate. Whilst a meeting often has particular guest speakers, it is critical that voices are heard, and that concerns are raised. This type of debate was never happening previously in the district to any degree. We are still learning of the best way to get word out, particularly to villages, of what we are trying to do and to get their involvement. Communication is critical for effective involvement.

At a town / parish council meeting the model is typically that there is space at the start of their meeting for 5 residents to speak for up to 3 mins each only on topics on the agenda; anything beyond that is at the discretion of the chair. A resident cannot take part in any debate; so if a resident had more in-depth knowledge of an issue than all councillors, too bad since they would not then be able to answer questions from, or to rebuff arguments from, councillors. Do town / parish councillors actively consult the residents on a regular basis about issues, other than in private conversations or in correspondence? Not in our experience, but there is only so much a person can be expected to do in a voluntary role.

Which model is better ? Well, it depends. For getting what residents really feel, and having a true debate, the WCN model will better capture feeling, and residents will feel that their input is more welcome and valued at the meetings, and consequently more likely to come back. For focussing on management of specific things, and taking (limited) input, the WTC model probably. That is but one difference in focus and operation, and why they both have their place. As a general comment though, the level of consultation with residents on many issues by councils is simply inadequate, and this is an area that a community network can assist with.

We see WCN as being totally complementary to WTC and the 16 parish councils in the district. The town / parish councils manage assets and services, and we do not. We try to look at the bigger picture (certainly for many of the issues we have been trying to work on thus far), develop proposals to resolve the issues, and campaign to have the proposals implemented.

Prior to our creation, was any council (county, borough, or town/parish) actively attempting to address the problem with holiday lets and second homes in our area? Not that we could see; there was no evidence of any such bringing together of local feeling and coordinating of it into a campaign, just individuals private murmurings. The Whitby Parish Poll in June 2022 was the culmination of the initial phase of our campaign with an overwhelming 93% in favour of putting restrictions on new build homes as a first step to address this overall issue. Would this have happened with NYCC, Scarborough Borough Council (SBC), or WTC? Highly unlikely. Arguably NYCC and SBC have done little to reflect the result of this poll in subsequent housing developments, so we remain to be convinced of the commitment of NYCC to take community networks seriously (time will tell).

As for the idea that we are stepping on the toes of county and town / parish councils, let’s look at other campaigns that we have ongoing.

These 3 examples underline the difference between a community network, and a town / parish council. WCN is campaigning for general improvements, which doesn’t really overlap with what (most) town / parish councils would have been doing. WCN could also, for example, be useful in campaigning for more assets / services to come under the management of WTC (such as green space). We created the following graphic as a way of trying to define where a community network fits in, in the absence of anything out of NYCC to express their idea; we place residents at the top since councils are supposed to be working for them. We aim for WCN to operate totally transparently, publishing all information on our website, agenda and notes from meetings, as well as email consultation. This appears to be a level above what our esteemed councils (NYCC, SBC, and town/parish councils equally) hold themselves to, with the constant problem of trying to get hold of information from their websites, like meeting minutes that don’t appear for months, or having to send in Freedom-Of-Information requests just to prise out what they are doing on some issue. This will always remain a key belief in our community network, and we welcome anyone to keep us to this.

We also believe in trying to publish information in a form that is understandable by all residents, so that they can see the current state of things in our area. The various pages of our website has information that no council has thus far been willing to provide, extracted from various sources. Is it not a good thing to be putting this information in the hands of the public? Likely, where a council is managing some particular resource, e.g cycle paths, they don’t want to publish the amount of information that we have done, because it would be frankly embarrassing as they should be providing that service and haven’t ; that is another reason why it is a good thing to have an “independent” community network that will hold councils to account.

What say you, councillors? Before dismissing an idea, why not look at what you can make use of out of the ideas being explored? We can all benefit from being pushed out of our comfort zones.

For the community network model to operate, an amount of funding will need to be provided. Let’s take some examples of where funding is needed, from how we have been working.

A level of operational funding would be needed for this model to operate. We are in the process of setting up as a Charitable Incorporated Organisation (CIO), so will be able to apply for funding for some activities, but these likely need to be more targeted than just operating costs.

What do you think ?

As for how a community network will operate with the North Yorkshire unitary Council, well that remains to be seen and to be defined, but we are open to input (and debate) from anyone. Working together for the best interests of our residents should be more achievable if a community network and town / parish councils collaborate, looking at what the benefits of it could be, rather than being suspicious of each other. We all give our time for free.

What would you, the resident, like a community network to be? How could we better encompass residents views? Please let us know